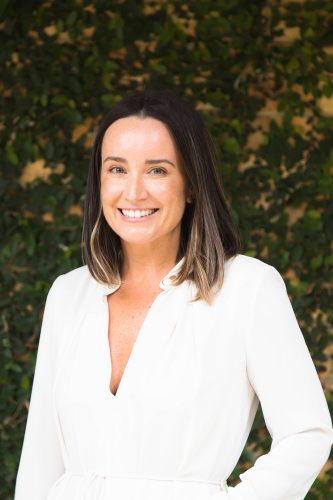 Jane Cockram was born and educated in Australia, where she studied Journalism at RMIT. After completing postgraduate studies in Publishing and Communication at Melbourne University, she worked in the publishing industry, fulfilling a childhood dream of reading for a living.

Cockram spent a year living in the West Country of England, where The House of Brides is set, and still daydreams about returning.

In the meantime, she resides in Melbourne with her husband and two children. The House of Brides is her debut novel.

THE HOUSE OF BRIDES

“Jane Cockram captivates with her haunting debut novel, The House of Brides. With echoes of Daphne de Maurier, it examines the inescapable ties of family and what happens when a complex tangle of secrets starts to unravel.
Gripping, atmospheric and with an ending you won’t see coming, this book held me in its spell long after the final page. A sure-fire bestseller.”
Sally Hepworth USA Today Bestselling Author of
The Mother-In-Law
"Jane Cockram's The House of Brides is a twisty, turny ride through the English countryside. Set in a spooky manor home on a rocky coast, this is the story of multiple generations of powerful women whose actions lead to a mystery that winds through the ages. Cockram's descriptions are so lush that you'll have no problem immersing yourself in the location but you won't be prepared for the explosive ending. Fans of Jane Eyre, Wuthering Heights and Rebecca will love this!"
Ellen LaCorteAuthor of The Perfect Fraud
"Spellbinding, evocative… if you’re after compelling drama and tantalising secrets in a slightly gothic setting, The House of Brides is the book for you. I predict this is the book everyone will be talking about this summer."
Rachael JohnsInternational Bestselling Author
"A little bit du Maurier … full of family secrets and suspense in an English country estate. This is the contemporary #fitspo gothic novel with an original cast of characters that will keep you guessing right until the end."
Kirsty ManningAuthor of The Jade Lily
"Cockram’s plot crackles with tension, hitting all the right notes for readers fond of gothic-flavored tales."
PUBLISHERS WEEKLY
Previous
Next

Miranda Courtenay has seen better days. In the humiliating aftermath of a very public fall from grace as a lifestyle influencer, she has become accustomed to disappointing people. But when a distressing letter arrives from her twelve-year-old cousin asking for help, Miranda  is genuinely alarmed. For one thing, the return address is Barnsley House, the English family estate immortalized in her mother’s bestselling memoir, The House of Brides. For another, the letter is addressed to her mother, Tessa Summers, who has been dead for almost twenty years.

Since her mother’s death, Miranda’s only connection to Barnsley House has been through Tessa’s famous book—a chronicle of the generations of women who married into the infamous Summer family. From Gertrude Summer, a famed crime novelist, to Miranda’s grandmother Beatrice, who killed herself after setting fire to Barnsley while her children slept, each woman in The House of Brides is more notorious than the last. The house’s current “bride” is the beautiful, effervescent Daphne, a celebrated celebrity chef whose success has saved Barnsley from ruin.

Miranda decides that a return to England might be an opportunity to escape the fallout at home, reconnect to her family, and possibly redeem herself in the process. But she arrives to a very different Barnsley House from the one portrayed in The House of Brides. The renowned hotel and restaurant are shuttered, and Daphne is nowhere to be found. Miranda is greeted by the forbidding housekeeper Mrs. Mins, and meets her aloof Uncle Max and his children, one of whom is in confined to a wheelchair after a mysterious accident. Not knowing who to trust, Miranda quickly realizes she must conceal her identity. And that she’s not the only one at Barnsley who is hiding something.

What happened in this house? Where is Daphne? And is Miranda destined to follow in the doomed path of the Summer women who came before her?

The House Of Brides

For all enquiries please email